As B.C. cities start to take a closer look at the energy consumption and carbon footprint of their buildings, the...

Crude oil exports from Canada to the United States are increasingly being shipped by rail due to the now chronic...

U.S. President Joe Biden said on Tuesday that he and Canadian Prime Minister Justin Trudeau agreed to work toward achieving...

Oil, gas and Alberta power prices take off in same direction — up

After being stuck in the doldrums last year, three key energy markets for Alberta are seeing a sudden resurgence....

The share of Canada and the United States of America in India’s January oil imports surged to a record 11%...

The US will drive upcoming project starts across the oil and gas value chain in North America, accounting for 70%...

Canadian oil sands companies have shelved nearly C$2 billion in green initiatives in a cost-cutting drive to weather the coronavirus...

Varcoe: Signs of hope, but no quick fix as oil sector emerges from roughest spring on record

Duane Carol owns a small drilling company in Leduc and the normal spring slowdown this year came with a new...

Newfoundland and Labrador (NL) Premier Dwight Ball, along with provincial Minister of Natural Resources Siobhan Coady, expressed support for a...

US shale industry braces for wave of bankruptcies

The biggest independent shale oil groups in the US reported a record combined loss of $26bn in the first quarter...

Canada's oilfield services sector is in for "an immense amount of pain" over at least the next year thanks to...

Days after Teck Resources Ltd. publicly pulled the plug in February on Frontier, a proposed $20.5-billion mine in the oilsands...

When Norway’s massive pension fund announced that it had sold its positions in major Canadian energy companies like Suncor and...

The COVID-19 pandemic, coupled with low oil prices, have created extraordinarily hard times in oil producing provinces such as Alberta...

The Canadian energy industry needs more than C$20 billion (C$14.1 billion) in aid from the federal government as the Covid-1...

$5 Crude Could Put Canada’s Oil Sands Out Of Business

Over the last few weeks, the higher breakeven costs for oil and the lack of sufficient takeaway capacity has come...

While U.S. crude oil imports from OPEC and Mexico have slumped over the past decade and a half, crude imports...

Alberta Premier Jason Kenney warned Wednesday that job cuts are expected to hit the province's oil and gas sector in...

It was less than two short weeks ago the Alberta government was predicting the province was on the verge of...

Silicon Valley entrepreneur is bringing artificial intelligence to the oil and gas industry...

Oil and gas companies, and groups linked to them, have been spending big on Facebook ads that denounce the First...

The Albertan government announced yesterday that it will be financing a $100-million loan to the Orphan Well Association to help...

The Odds Are Stacked Against Oil As Recession Looms

The recent slump in Brent Crude prices follows a similar pattern of past slowdowns in global factory output, sparking fears...

Global exploration and production (E&P) investments may take a substantial hit this year because of the coronavirus, as staffing and...

Coastal GasLink has agreed to halt some construction activity for two days as Wet’suwet’en hereditary chiefs signal to their supporters...

'Do what is necessary': Kenney hints at government backing major oil and gas project

Premier Jason Kenney is suggesting the provincial government may financially back an oil and gas project....

Trudeau must achieve Canada’s emission targets, even at expense of oilsands industry

Can the oilsands industry reduce its greenhouse gas emissions in line with Canada’s climate change commitments while also remaining competitive...

Inter Pipeline Ltd. is crediting strong results from its oilsands transport system, as well as high utilization of its bulk...

China Could Grant Tariff Exemptions On U.S. Oil And LNG

China has opened for applications for tariff exemptions on a number of U.S. products and commodities including crude oil and...

Oil futures moved lower Tuesday as concerns about the coronavirus and its impact on demand fueled a broad aversion on...

Owing to a collapse of oil prices at the end of 2018, M&A activity in oil and gas has almost...

Here is the latest news on protests across Canada over a natural-gas pipeline project in British Columbia: Anti-pipeline protesters are...

TC Energy to spend $1.3B on expansion projects to connect Canadian gas producers to growing markets in North America

Crude-by-rail shipments by oilsands producer Cenovus Energy Inc. jumped to 120,000 barrels per day in January from 106,000 in December...

The Alberta government says a First Nation's concerns about the proposed Teck Frontier oilsands mine are more about getting a...

Canada’s big banks may be embracing green, but that hasn’t stopped them from lending more and more money to fossil-fuel...

Three environmental groups painted as hostile to the oil and gas industry by the Alberta government say they weren't interviewed...

Brookfield Infrastructure Partners LP could be a potential buyer of the Canadian government-owned Trans Mountain oil pipeline, a Stifel FirstEnergy...

The fate of the latest oil sands mining project in Alberta may be decided by the estimates of carbon emission...

After a decade out in the cold, 2020 is shaping up to be the year of the pipeline

Company behind proposed Manitoba frack sand mine says project delayed by 'terrible market,' but not dead

A controversial Manitoba development that would extract silica sand for use in major fracking operations has been delayed after costs...

The Canadian government is forging ahead with its commitment to reduce methane emissions with regulations that came into effect at...

Oil futures rose for a second day on Thursday boosted by potential OPEC+ action to counter oil demand loss from...

Some optimism ahead for Alberta's oil industry

It could be a changing of the tides when it comes to getting Alberta oil to international markets....

Leaders from the Canadian oil and gas industry are set to speak with a large number of players in the...

What the Trans Mountain decision means for Alberta's oilpatch

If there were cheers around Alberta's oilpatch Tuesday, they may have been drowned out by the sighs of relief. In...

It is safe to say that Canada has enough of oil and gas resources to be self-sufficient. But what is...

Canada’s main stock index futures gained on Tuesday as oil prices rebounded on hopes of supply cuts from OPEC and...

The federal cabinet is considering approving the Teck Frontier oilsands mine, but with a condition — that Alberta legislate an...

Alberta premier heads to Montreal and Washington, D.C. to talk business and pipelines

lberta Premier Jason Kenney will travel to Montreal and Washington, D.C., this week. A statement from Kenney’s office says the...

Prospects for expanding pipelines to move Canadian oil to markets have brightened, but plenty of hurdles remain for the Canadian...

The Alberta energy regulator will soon unveil sweeping changes to how it regulates its old oil and gas infrastructure, including...

Oil rises as WHO declares emergency but opposes travel ban

Oil prices rose on Friday but were still set for a fourth consecutive weekly loss, as markets attempted to assess...

Investment in Canadian oil and natural gas will start recovering this year from its 57% collapse driven by weak commodity prices...

The federal cabinet's decision on a huge new Alberta oilsands mine will weigh what the province is doing to help...

These oil companies are leading the industry's green transformation

Oil and gas companies know the clock is ticking to become greener as investor demand for climate action mounts. However...

According to a report released Tuesday entitled “End Game: As Supreme Court ruling removes another hurdle for TMX pipeline, opposition...

'Unprecedented' Supreme Court decision on Trans Mountain should be message for Quebec: Kenney 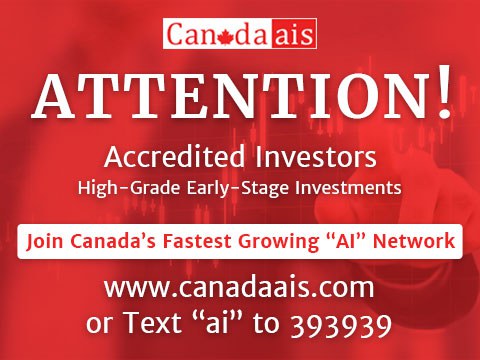